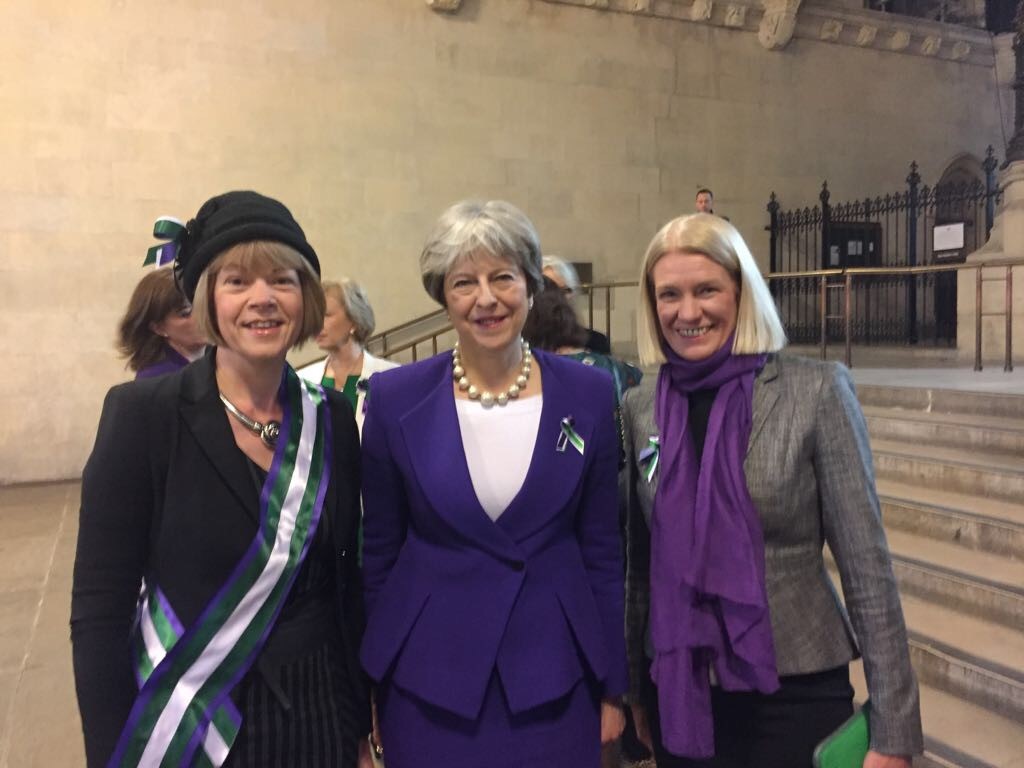 Today (February 6th) marks the 100th Anniversary of the Representation of the People’s Act 1918, the date on which women over 30 and all men over 21 got the vote. Whilst this was only partial suffrage, it was a huge victory and a big first step that propelled the ongoing campaign and right for gender parity.

On Tuesday it was a real privilege to be in Parliament and join other female Parliamentarians to mark this landmark anniversary.

During the course of 2018 Vote 100 will celebrate a century of women’s voices in Parliament and the milestones in the journey towards universal suffrage and the first women MPs.

If you are planning a visit to London this summer it’s worth noting that there will be an exhibition “Voice and Vote: Women’s Place in Parliament” opening on 27th June at Westminster Hall. Throughout the exhibition, rare and previously unseen historic objects, pictures and archives from the Parliamentary collections and elsewhere will be on show. Together with immersive and interactive technologies, the exhibition will tell the story of women in Parliament, the campaigning, the protests and the achievements.

Tickets are free and available online from Tuesday 6th February. Please check the website for further details or you can call 0207 219 4114 Monday to Friday 9am – 5pm.

It’s hard to believe that 200 years ago, the loft space above the House of Commons Chamber was where women watched and listened to Parliamentary debates. Women were banned from the public galleries. Those who were politically engaged and wanted to watch discussions of issues they were campaigning for, such as the abolition of the slave trade, would make their way to this space to watch and listen. How things have changed and whilst we still have a long way to go we can at least boast in 2018 that our Head of State, Prime Minister and President of the Supreme Court are all female and at the end of last year Parliament formally appointed its first ever female Black Rod marking a historic moment in the history of the House. Women’s Suffrage Pic

Closer to home, and there is an exhibition at Aldridge Library celebrating the remarkable life of the ‘Aldridge Suffragette’. Once again some of our magnificent historians Sue Satterthwaite and Len Boulton have uncovered the hidden and rich history of our local area and how we played our part in the campaign for universal suffrage.