Why Theresa May will be a great Prime Minister 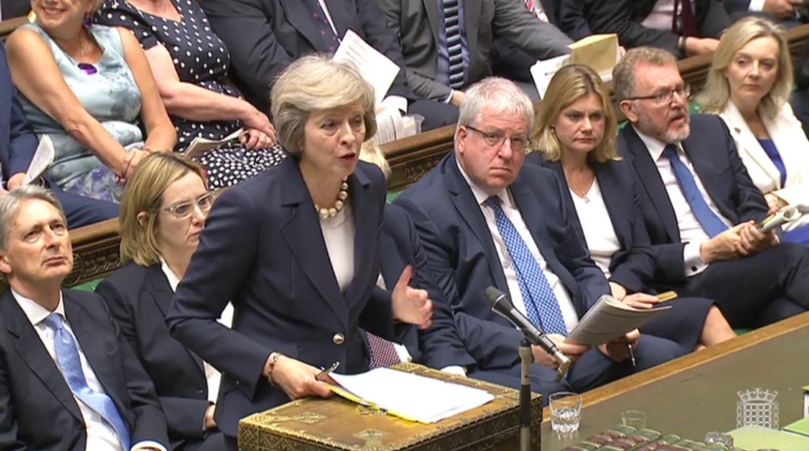 In little under three weeks since David Cameron announced his intention to step down, the country has a new Prime Minister, and leader of the Conservative Party.

With the leadership contest rapidly concluded David Cameron announced he was leaving No. 10 to make way for Theresa May.   He has been an excellent leader who brought about positive reforms across the Country and within the Conservative Party – in particular his drive for more diversity, more women and to ensure we have MPs with a broader range of backgrounds and experience.  Something which I believe matters.

History will make its own judgement, and you may well have your own opinions, but let us never forget that back in 2010 the country faced a huge economic challenge. It was David Cameron who successfully pulled around the economy whilst also holding together a coalition Government and delivering many positive reforms and changes. No easy task I am sure. Across the country there are 2.5 million more people in work, and unemployment in my constituency of Aldridge-Brownhills has fallen from 5.1% in May 2010 to just 1.9% in May this year.  This is to be welcomed and it was the topic on which I based my last during his final Prime Ministers Questions last Wednesday.   Setting aside an impressive record of economic achievement however, I will also remember him for his strong commitment to social justice, his sense of compassion, warmth and humour in the way he connected with people, and the way in which he just got on with the job.

But, as the door of No 10 closed on one Prime Minister, so it opened for Theresa May.  A strong and determined woman with the experience, gravitas and sense of purpose to unite our country at a time when we face some uncertainty, and some complex issues, as we negotiate the best deal for Britain outside of the EU.  But our new Prime Minister has already made an energetic and determined start with the appointment of her new Cabinet, demonstrating the strength of her commitment towards unity and to leaving the European Union.

In setting out her vision for the country Theresa has made a commitment to social and economic reform; an economy that works for everyone, an economy whose success is shared by all.  In particular I welcome her drive to bring the country back together, her comments on education and that she will be driven not by the interests of the privileged few, but by making Britain a country that works for every one of us.

Politics aside, I can not end my last column before summer recess without a mention of two fantastic local events.  Last Saturday I attended the final night of Aldridge School’s production of Joseph and the Amazing Technicolor Dreamcoat – a truly amazing performance and one I really enjoyed.  Next off,  Rosie’s Walk on Sunday – a special day remembering Rosie and supporting the work of Rosie’s Helping Hands Charity, a cause close to the heart of so many in Aldridge.