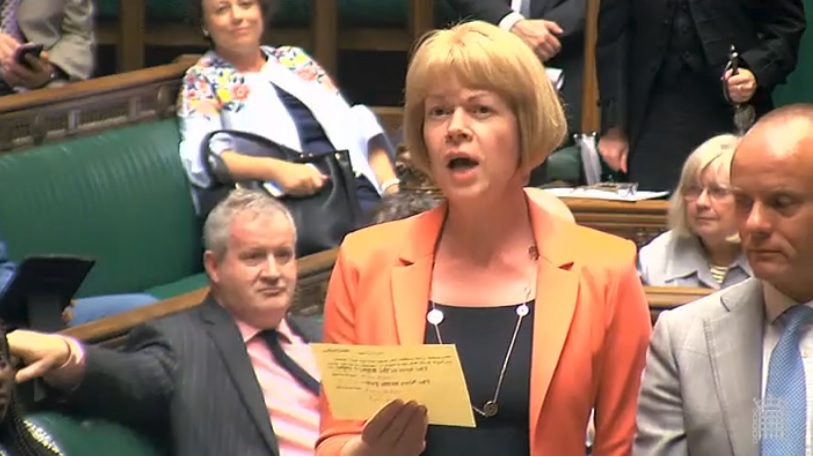 Constituents quite rightly ask me about my work in Parliament, and often they enquire about my role as a “Whip”. So, as something of a change for this weeks View from the House I have decided to share with you a View from the Whips Office.

All the main political parties have Whips in the House of Commons, and earlier this year I was invited by the Prime Minister to join the Government as an Assistant Whip. As a whip it is my job to help ensure the smooth passage of government business through the House of Commons, but also to ensure that the views and concerns of colleagues are heard. We also play a pastoral role too.

The expression ‘Whip’ is in itself an interesting one, and has its origins in 18th century hunting terminology. The term ‘whipper-in’ was the huntsman’s assistant who kept the hounds from straying, and it was said that every hunt must have a ‘whipper in’.

Whilst the practise of getting people into Parliament for votes, and persuading them to vote in a certain way goes back hundreds of years, the Parliamentary world of today is very different to that of the last few centuries.

That said, there is much about the role of ‘Whips’ that has not changed and duties include keeping MP’s informed of Parliamentary business, maintaining the Party’s voting strength and passing onto the leadership the views of backbench members. One of the most important jobs though, it that of “telling”, which refers to counting the MPs as they pass through the Aye or No lobby to vote. It may seem like a simple task but believe you me it is not always so, especially on evenings of multiple votes! Once everyone has passed through the lobbies the Tellers on duty return to the Chamber and in true parliamentary style, formally announce the result to the Speaker.

I have read and heard many tales about the Whips – I have heard Parliament sometimes described as a stage with the Whips acting as the stage managers – who turn the lights on at the beginning of the day, make sure it all runs smoothly and turn the lights off at the end of the day. I leave others to make their judgement on this.

Of one thing I am certain though, it remains an honour to serve as a Whip, and whilst it has certainly changed the nature of my work, I remain committed to representing you at Westminster and to continuing to bang the drum for this constituency.

Parliament returns next week and as I prepare to return to Westminster, after a busy summer of surgeries and visits, I hope you have all had an enjoyable summer too.