The Constituency Garden of Remembrance in Parliament 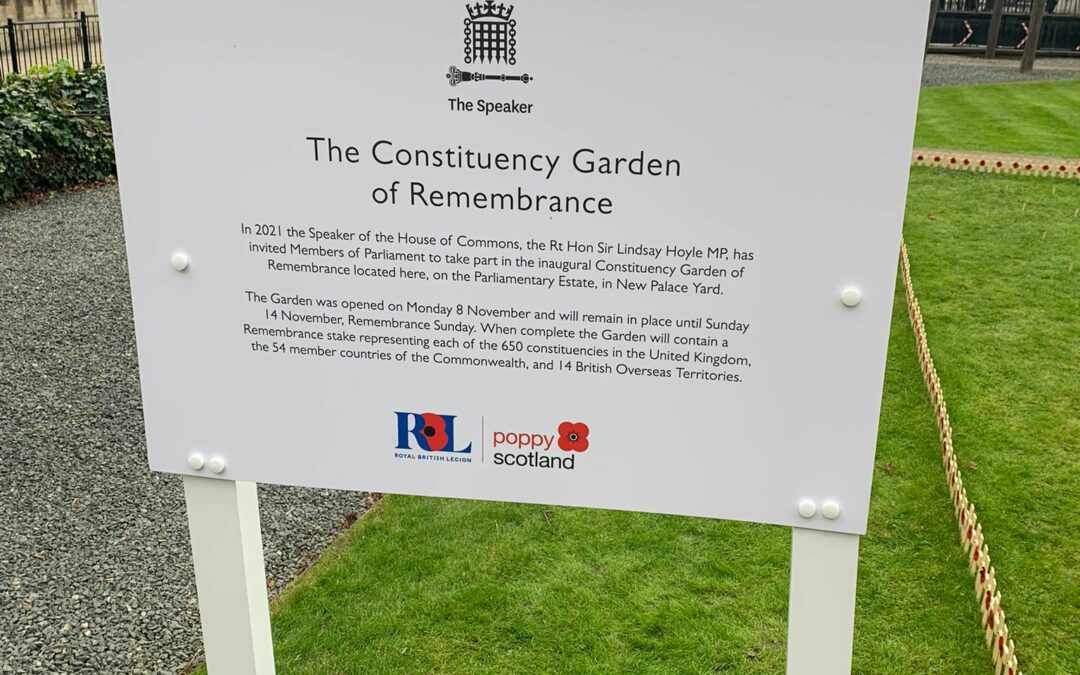 For this year’s Act of Remembrance the Speaker of the House of Commons, the Rt Hon Sir Lindsay Hoyle MP invited Members of Parliament to take part in the inaugural Constituency Garden of Remembrance on the Parliamentary Estate.
The Garden was opened on Monday and contains a Remembrance stake representing each of the 650 Parliamentary constituencies in the United Kingdom.
On behalf of my Aldridge-Brownhills constituency I dedicated our Remembrance stake to David Partridge MBE.
Mr Partridge Served in World War II and was awarded the Burma Star. Mr Partridge was an inspiring gentleman who dedicated his entire life to the service of his community. He served as Aldridge British Legion Branch President for many years and organised the village’s Poppy Appeal from his garage.
Sadly we lost Mr Partridge in 2020 just one month short of his 100th Birthday and he will be truly missed once again at this year’s Act of Remembrance. For his service in the forces and continued support to the RBL and the Poppy Appeal I dedicate the Aldridge-Brownhills Cross to David Partridge MBE.