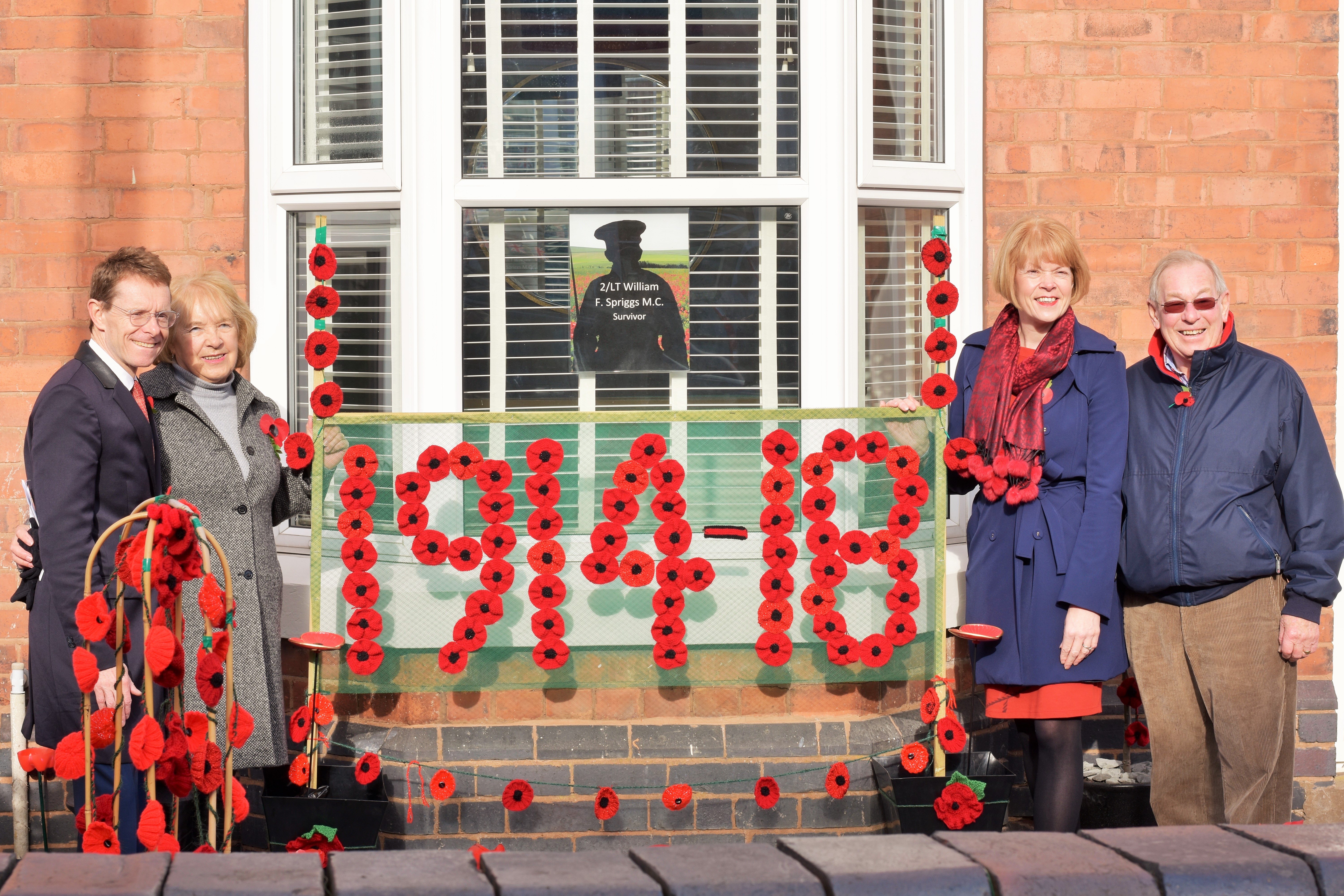 From the Pelsall ‘Poppy Clock’ to ‘Poppy Road’ in Aldridge preparations are well under way to mark the 100th Anniversary of the ending of World War I, and across the constituency we will come together on Sunday for the Annual Act of Remembrance.

Aldridge Local History Society in partnership with Aldridge Great War Project, the local community, uniform groups, schools and residents have created a poignant and memorable display of poppies to commemorate this the 100th Anniversary. Station Road in Aldridge has been transformed into Poppy Road; with a sea of poppies and a display of silhouettes. I was delighted to be able to join Sue Satterthwaite, Len Boulton and Karen Ross, along with volunteers and residents who have knitted over 20,000 poppies to decorate the Road and demonstrate the important part Aldridge played in the Great War.

It was also a pleasure to be joined by the West Midlands Mayor Andy Street, and to hear more about the contribution Aldridge made in the Great War, and how magnificent local historians have succeeded once again in bringing our local history to life.

Each and every Act of Remembrance is deeply poignant, with thoughtful respect and reverence to all those who paid the ultimate sacrifice for our country and the creation of ‘Poppy Road’ is one such excellent and moving example.