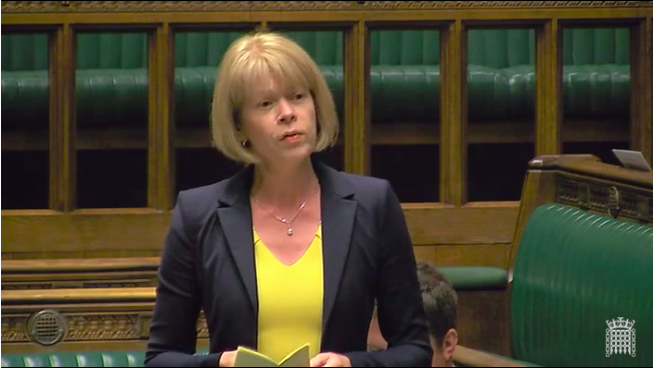 It has been a busy time in Parliament since the Queen’s Speech and I have continued to raise matters in Parliamentary debates and question times of importance to residents from across Aldridge-Brownhills.

Throughout the debate on the Queen’s Speech I reinforced my commitment to the Green Belt and Open Spaces and called for a ‘Brownfield First’ approach to development in the West Midlands so that we protect the precious Green Belt which means so much to all of us in Aldridge-Brownhills.

I have been calling for a debate to improve our local environment and reduce the litter problem which blights so many of our local communities and costs our local Councils an astonishing £850 million per year.

It was disappointing that Opposition Members in the House of Commons prevented a debate on issues concerning abuse and intimidation in the General Election as I had intended to raise the fact that across Aldridge-Brownhills opposition activists decided to deface a large number of our walls and bridges with graffiti. I remain concerned that in large parts of the constituency this graffiti remains in place two months after the election and degrades so much of the hard work done by volunteers from across Aldridge-Brownhills to keep our area clean and green.

I have welcomed the Government’s proposed domestic violence legislation and the intention to hold a public inquiry into the contaminated blood scandal which affect more than 2,000 families in the 1970’s and 1980’s.

Community safety issues continue to remain of importance to all of us and I have continued to raise with Government Ministers issues concerning public safety which have affected the local area in recent weeks as well as seeking reassurances from the Home Secretary, Amber Rudd on matters raised with me by residents concerning problems with the Police 101 telephone number.

New legislation introduced in Parliament to improve telecommunications infrastructure is an important piece of legislation which will enable full-fibre broadband to reach across Aldridge-Brownhills. As part of my contribution to the debate I highlighted how important this legislation will be to ensure that our shops in Aldridge Village Centre or on Brownhills High Street as well as on our business parks which create jobs, drive investment and develop skills will benefit from improved communications to help drive our local economy.

As Parliament started their Summer Recess we were reminded why the Government continue to monitor the activity of our energy companies, following British Gas’ proposed inflation busting price increase on household customers. The British Gas announcement is unacceptable and as I reminded Government Ministers at the start of July it is essential that we do more to make it easier for people to switch their energy suppliers.

When Parliament resumes in September we will begin to debate the first stages of the European Union (Withdrawal) Bill and I will once again be speaking up for the residents of Aldridge-Brownhills to ensure we honour the outcome of the referendum and begin paving the way towards a truly Global Britain. It will be a busy autumn when Parliament returns and I look forward to keeping you updated.