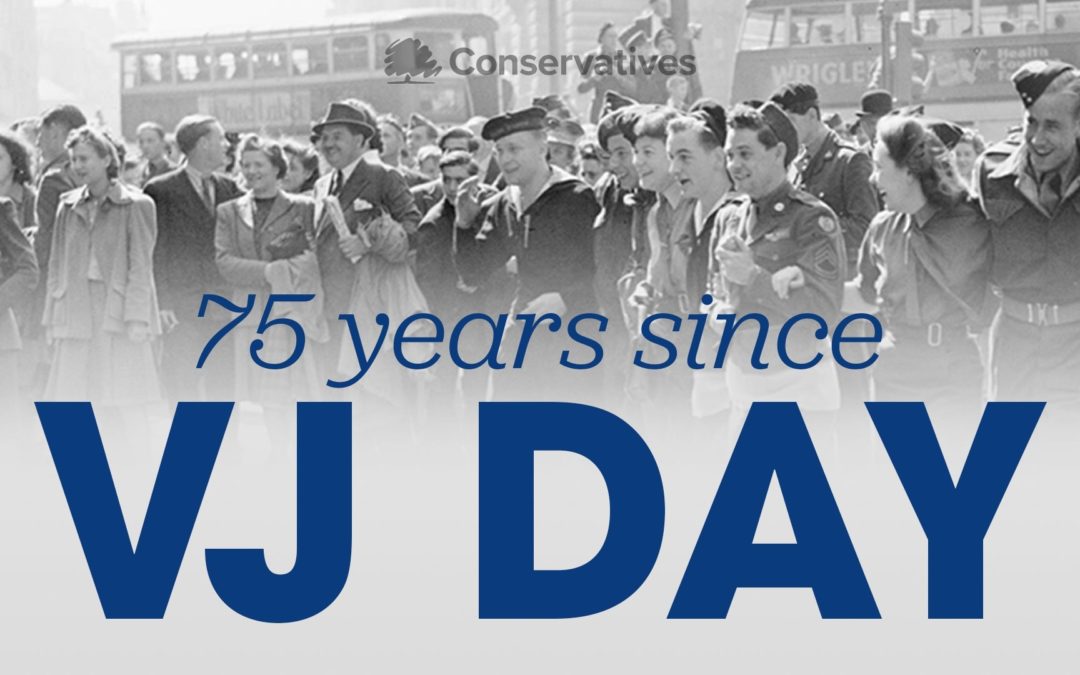 Saturday 15th August marks the 75th anniversary of VJ Day, and is an opportunity for us to remember and recognise all those who served and sacrificed in the Far East and ultimately brought an end to the Second World War.

The Royal British Legion are leading a range of activities that include a Service of Commemoration at the National Memorial Arboretum in Staffordshire, a national moment of Remembrance and an interactive VJ Day map, hosted on its website, telling the stories of those who lived through the conflict.

Activity on Saturday 15th August will begin with a national Two Minute Silence at 11am which will be the focal point of the commemorative service at the National Memorial Arboretum and will be led by His Royal Highness The Prince of Wales.

The commemorations will pay tribute to the service and sacrifice of the thousands of Armed Forces personnel, civilians and family members who contributed to victory in the Far East, and in recognition of the horrors they endured.

It will be possible to follow the proceedings on BBC One from 0930. Alongside the events taking place on 15th August the Legion has also launched an interactive map on its website to encourage people to learn more about this period of the Second World War that is sometimes overlooked. Members of the public can read stories and personal accounts from those who experienced the conflict first hand and can contribute to the map by leaving their own messages of thanks to the Second World War generation.

Throughout all its VJ Day 75 activity the Legion will be acknowledging the contribution of the Commonwealth forces, who came from across Europe, Africa, Asia, North America and Australasia to form one of the most multicultural forces in history. Much of the UK’s modern day multiculturalism can be traced back to this period and the Legion is taking this opportunity to ensure that all who served and sacrificed are properly recognised.