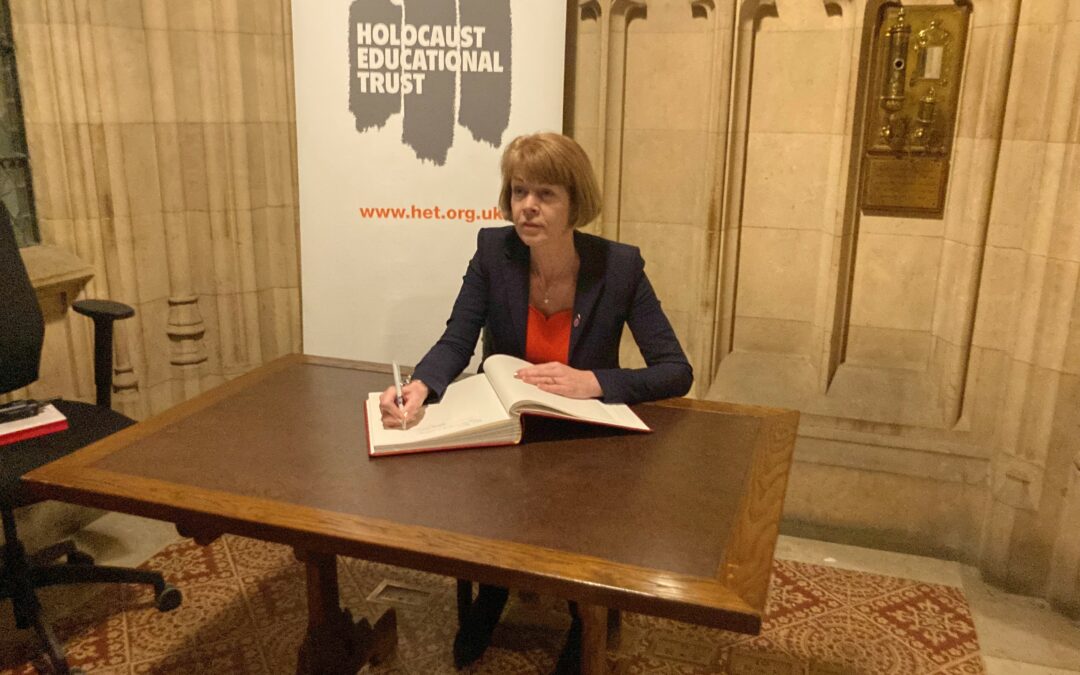 Every year January 27th marks Holocaust Memorial Day and once again I am pleased to reaffirm my commitments to honour those who were murdered, to reflect on their experiences and the inhuman treatment they were subjected to, and to pay tribute to the survivors and their stories.
The Holocaust was the murder of approximately 6 million Jewish men, women and children by the Nazis and their collaborators during the Second World War. The Holocaust reshaped our understanding of global responsibility, the meaning of human rights and fundamentally altered our view of democracy.
Holocaust Educational Trust works hard to recognise survivors and their families who continue to work tirelessly to educate young people on this part of global history. The Holocaust became part of the English National Curriculum in 1991 and has remained there ever since. It is the only historical event that has remained a compulsory part of the curriculum since its inception and I feel it is important that this continues to be taught in our schools.
This year, as I sign the book once again, I would like to pay tribute to the millions of people whose lives were changed by the Holocaust.