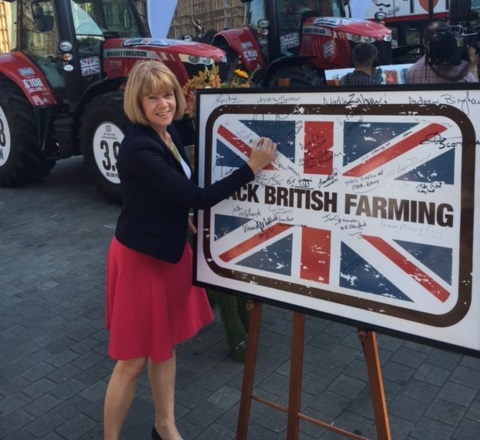 Britain’s withdrawal from the EU is understandably dominating debate in the House of Commons following the ruling from the Supreme Court, and it is also the topic of conversation with many of you in the constituency. I have always been clear in my mind that whatever the decision of the British people at the Referendum on 23rd June last year it would be for Government to honour that, something which I reiterated when I spoke in Parliament last week and voted in favour of allowing the Government to Trigger Article 50.

Recent weeks have brought other important announcements too including proposals from the Prime Minister for a modern Industrial Strategy – backing Britain for the long term, enabling businesses to grow and create more high skilled, high paid jobs. It includes investing in science, research and innovation and upgrading infrastructure – all of which is vital as we move forward to exit the EU and seize the opportunity to seek out new relationships and new opportunities. Focussing and developing on our strengths and skills will be a key part of this, preparing Britain for the fundamental challenges we face both now and in the future, and building on our strengths as we seek to extend excellence into the future.

We continue to see that the NHS is facing a number of challenges with an ageing population and patients living longer, often with multiple long-term health conditions and increasing patient expectations. To meet these challenges we need to look at how care is delivered in the future. I am pleased to see that locally NHS Walsall Clinical Commissioning Group is launching The Big Conversation to work together with local people to ensure we have high quality, sustainable services that are affordable and fit for the future. If you live locally they want to listen to you and discuss the future delivery of health services – urgent care, stroke services, GP services and community services such as district nursing, physiotherapy and podiatry. They have launched a series of meetings as part of their ‘Big Conversation’, these meetings will be taking place between the 2nd and 7th of March at various locations around Aldridge-Brownhills.  if you’re interested in attending and want to book your place you can by telephoning 01922 603054 or emailing ccgcomms@walsall.nhs.uk

In closing, I can’t end the week without a comment on vegetables – lettuce and courgettes to be more specific! Europe’s shortages must surely be a reminder to Back British Farming, and Buy British. There is nothing wrong with the humble carrot, parsnip or even the occasional Brussel sprout, at this time of year. Seasonal British produce at its best.