View from the House – Traveller consultation to be launched 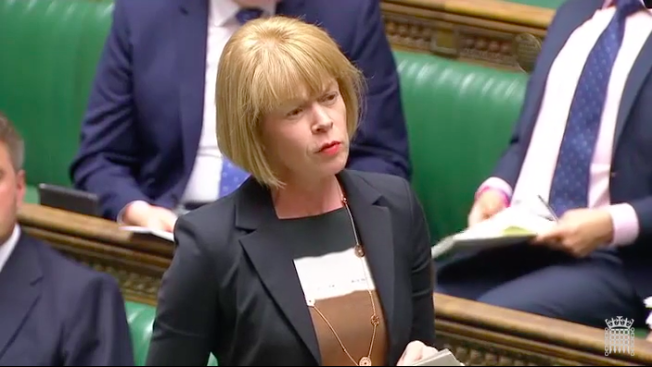 Back to Parliament after the Conference Recess and having successfully called for a Parliamentary debate about Unauthorised Traveller Encampments which have blighted large parts of Aldridge-Brownhills this summer, my first week back was spent focussing on these matters. As part of this I was pleased to lead the debate in Westminster Hall where the Government Minister was able to better understand the impact that these repeated incursions can have on so many residents. Westminster Hall debates are a very important way to raise local issues and receive a response from the Minister.

As a result of these debates the Government Minister has made clear his commitment to a call for evidence and a consultation on these matters, to consider the effectiveness of current legislation as well as suggestions for changes that will redress the balance and better serve our communities. This is a step forward and one which I welcome. Throughout this whole debate I have been clear, that with rights, must come responsibilities and with responsibilities must come respect.

Earlier this month the Prime Minister, Theresa May renewed the Government’s commitment to the British Dream and to build a country where no one is left behind and where we will ensure that each new generation will be able to build a better future for themselves and their families. Central to achieving these objectives are plans to launch an independent review into the Mental Health Act, strengthen the Armed Forces covenant, invest an extra two billion pounds in building homes for younger families and introduce an energy cap to fix Britain’s broken energy market, bringing an end, once and for all, to rip off energy prices.

At home in the constituency it has once again been a busy few weeks. My visit to the Open Day at Aristocats Cattery in Rushall was an opportunity to also meet Walsall Borough Cats Protection and hear at first-hand the difference that the work of this charity makes to finding new homes for abandoned cats and kittens. It just so happened that my visit coincided with the Government’s welcome announcement of increased penalties for the worst acts of animal cruelty – new legislation that will help to further confirm our status as a nation of animal lovers.

In closing, let me mention some of the wonderful MacMillan coffee mornings that were held locally as part of the World’s Biggest Coffee Morning – The Hub in the Centre in Pelsall , Wheats Waterside Café, Autumn Close residents, and St James Church in Brownhills to name but a few. And of course The Thomas Project in Aldridge, where I made my debut as a bingo caller for the ‘Cake Bingo’!

Thank you, as ever, for inviting me and the coffee and slice of cake or two was most enjoyable!

This was first published by the Walsall Advertiser and the Sutton Observer on 20th October 2017.