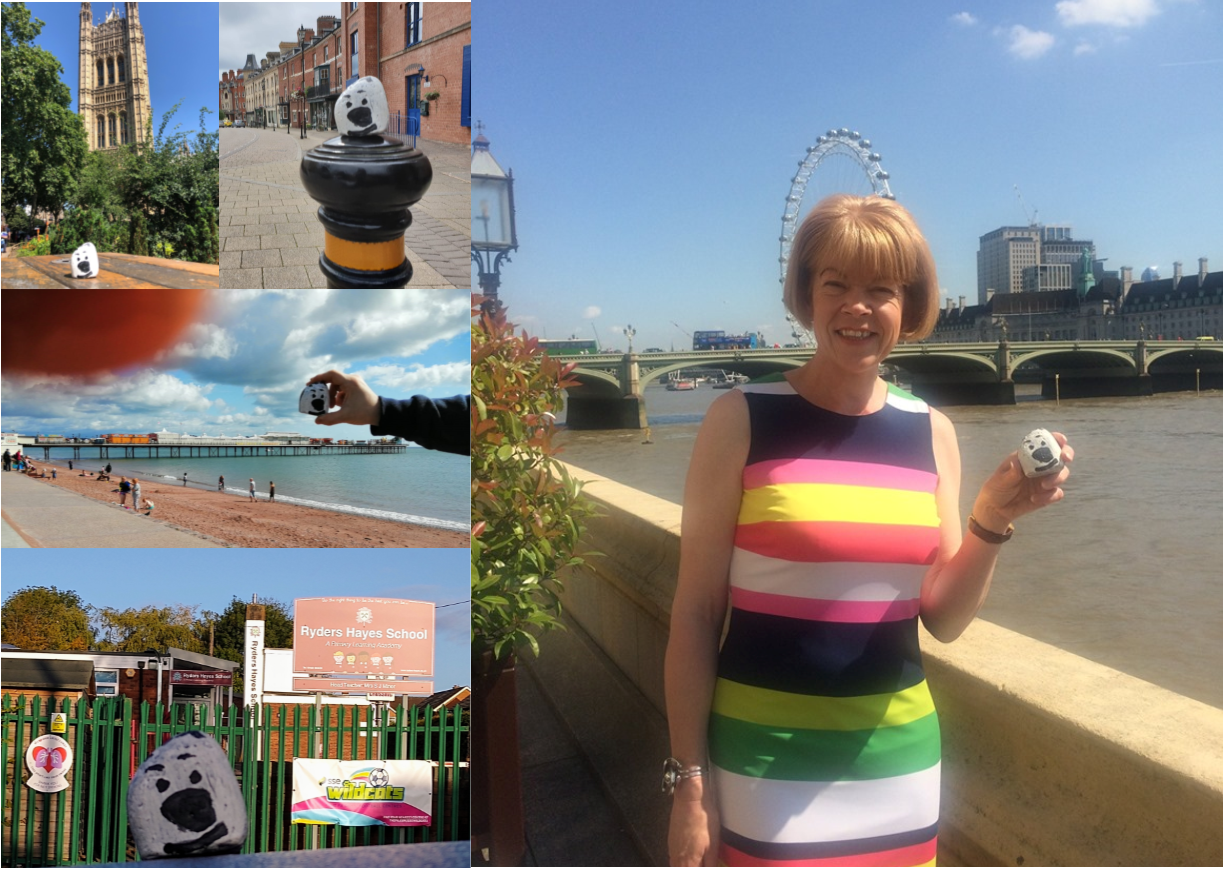 Back in July on a visit to Ryders Hayes School I heard all about their summer Smile Stone Project #hideandfindrydershayes – and the children asked me to take part! Here is the story……

Following its departure from Pelsall the lucky stone found its way to Parliament and I hid it, hoping it would be found and assisted in its travels a little further throughout the summer break! Well, what a summer the Smile Stone had. As well as a tour of Parliament, visiting the Victoria Tower in the House of Lords and viewing some of the statues including Viscount Falkland, the Smile Stone then took a trip to Wales to enjoy the canals and the valleys, before a trip across the Severn Bridge heading to Paignton Beach in Torquay.

The Smile Stone eventually made its way back to the Terrace at Westminster for a look at the London Eye before returning to Aldridge-Brownhills to be reunited with Ryders Hayes School.

Throughout the summer my Smile Stone was spotted in two countries, six counties and clocked up over 800 miles of travelling and had a thoroughly good trip!

I have today returned the Smile Stone to Ryders Hayes with its own Passport to document its travels throughout Summer 2019 – and a note to say Thank you for asking me to take part!