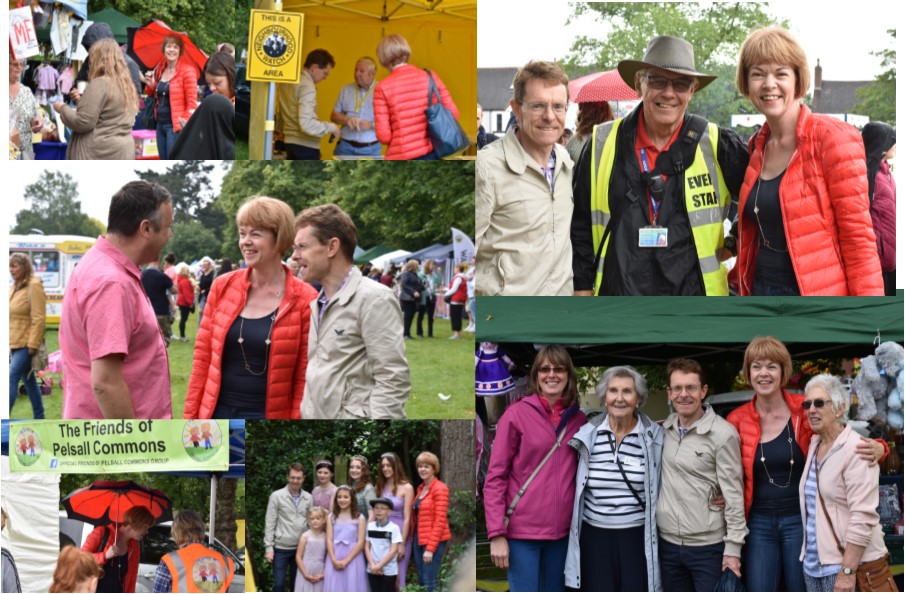 This year’s Pelsall Carnival was a fun filled family day of entertainment. Even the light rain did not dampen the atmosphere, as crowds once again assembled to show their support for carnival organisers and the many participants, including the magnificent floats. They were all fantastic and it was clear that so much thought and work had gone in to each and every one, though one of my favourites this year was the environment and climate change themed entry from Rushall Primary School, and “Around the World” presented by Blossoms on the Common Day Nursery.

It was a pleasure to be joined at the Carnival by the West Midlands Mayor, Andy Street who saw first-hand the true community spirit and team effort which goes into staging the event.

Once again Carnival day was a great opportunity to catch up with old friends and new ones alike from Pelsall and further afield. Many of our local charities and community groups were out in force and it was good to be able to speak with so many groups such as representatives from St Michael’s and All Angels Church, Walsall Soroptimists, the friends of Pelsall Commons, and St Giles Hospice.

Earlier in the year I was delighted to have been invited by the Pelsall Carnival Committee to be a part of the judging panel for the Carnival Queen and Royalty, and so on Saturday it was an honour to be asked to Crown this year’s Carnival Queen, Elizabeth Cox and the junior Carnival Royalty. Congratulations to you all.

The Carnival is a high point of my annual calendar and the 2019 event was once again a magnificent day. I would like to thank the 2019 Pelsall Carnival Committee for their continued hard work and dedication.