One of the many roles of a Whip – Telling 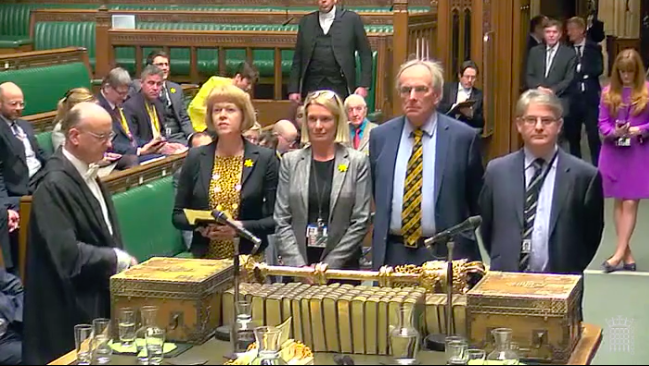 I have just completed my first few weeks in my new role as an Assistant Government Whip, and it has been quite a few weeks!

I have been amazed by all of the new things I have learnt about Parliament and it is proving to be a fascinating role. As part of my new duties I am also required to count the votes of MP’s that determine the outcome of Government legislation.

When you hear the results read aloud to the Speaker, they are not calculated by a computer, or by using ballot papers. They are actually calculated by physically counting the number of MPs walking through the doors of the voting lobbies.

Believe it or not, a Member of Parliament has only 8 minutes to cast their vote once the division has been announced. During a vote, it is now one of my new roles to stand near to the entrance of either the “Aye” or “No” door and count each MP passing through.

As you can imagine, counting upward of 300 MPs in such a short time, and in a very busy environment, tests your concentration!

Once I have completed this task, I had to announce the results to the Chamber, so there is no room for error!

The counting and announcing of the result of each vote in the House of Commons is one of the most important tasks in our proud democracy and I am pleased in my new role to be playing my part in helping to steer the Government’s programme through Parliament.