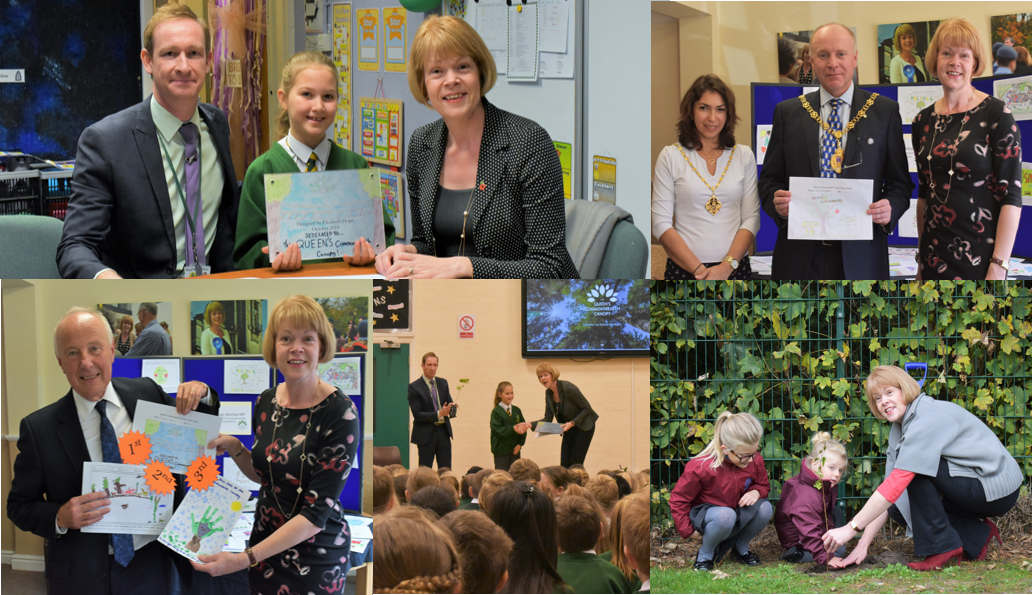 I was delighted to present Elizabeth (Aged 9) of Pelsall Village School with 1st Prize for her winning design in my schools competition to celebrate the Queen’s Commonwealth Canopy initiative.

The Queen’s initiative came to prominence in April when ITV screened a landmark documentary. At the heart of the film was a conversation between the Queen and Sir David Attenborough filmed in the gardens of Buckingham Palace. The documentary was a rare opportunity to see the Queen talking informally to Sir David, the conversation ranged from climate change, to conkers and trees.

Following the documentary and in conjunction with the Woodland Trust I launched an ideas competition for primary school children from across my constituency. All participants were asked to design a plaque dedicated to the Queen’s Commonwealth Canopy.

I was delighted to receive more than 70 entries, and very impressed by the range of wonderful ideas and designs showing how we protect our local environment, promote the Queen’s Commonwealth Canopy initiative and combat the growing threat of climate change.

The entries were outstanding and the Lord Lieutenant of the West Midlands, the Mayor and Mayoress of Walsall and I had an extremely difficult task in selecting one overall winner.

Elizabeth’s winning design encapsulated the Queen’s Commonwealth Canopy initiative, our environment and the need to build bridges with partners across the globe to take steps to save our planet for future generations.

The inspirational design by Elizabeth has been transformed into a greetings card which will be sent to Her Majesty the Queen to highlight the importance of her Commonwealth Canopy Initiative. Pelsall Village School will receive a special tree donated by the Woodland Trust and a presentation plaque to celebrate Elizabeth’s winning design.

Congratulations to everyone who entered.