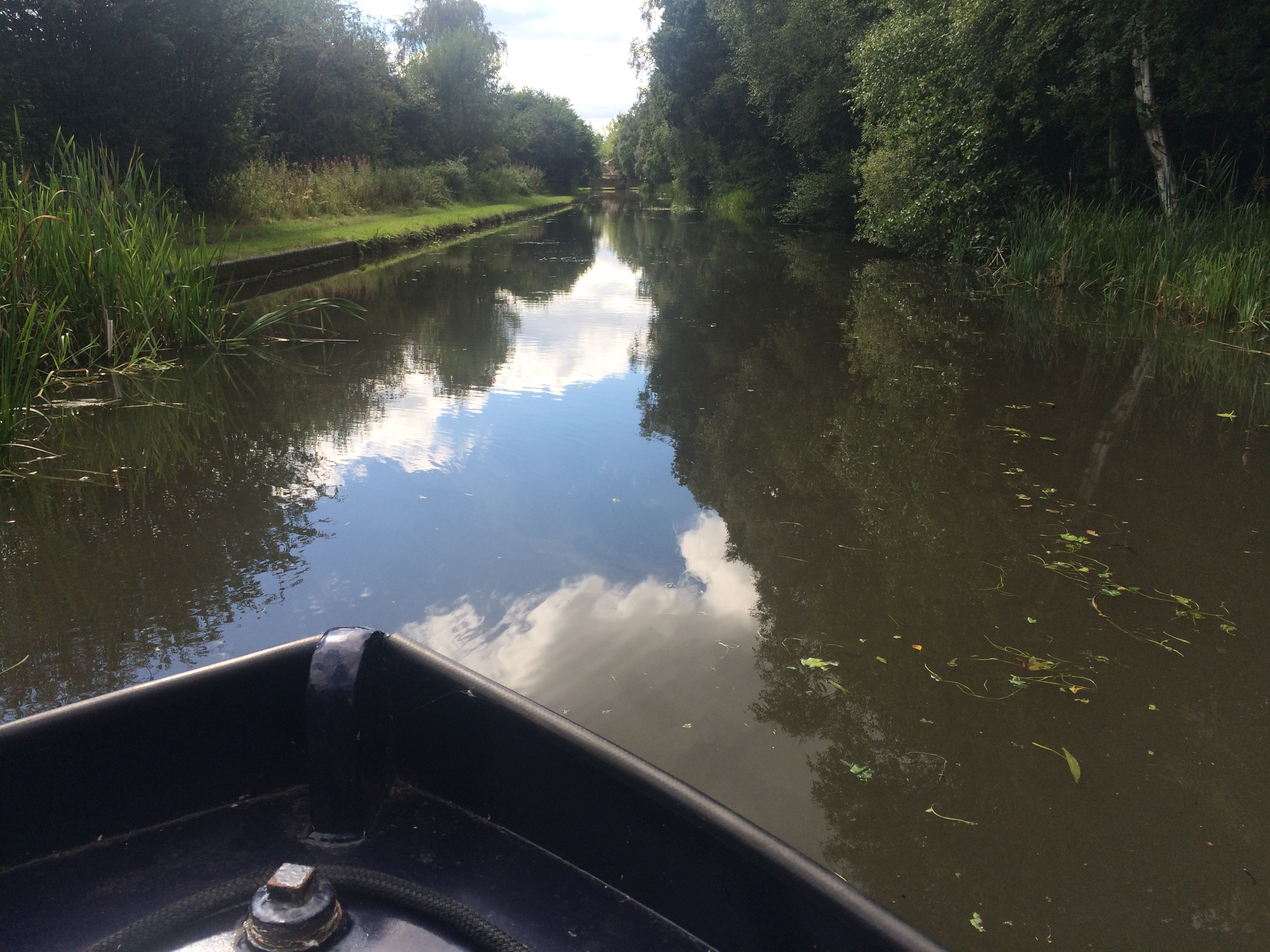 In recent years we have seen a remarkable revival of many of Britain’s canals and waterways. With this years IWA Festival of Water being held in Pelsall last weekend it was the perfect excuse, if ever we needed one, to take to the waters of Aldridge-Brownhills. Aided by a crew whose enthusiasm made up for any lack of skills, even when a carrier bag found itself tangled around the propshaft, we headed from Huddlesford, through the Rushall Locks and on to Brownhills before reaching Pelsall for the Festival.

Travelling along the canals the contrast between countryside and industrial heritage, traditional and modern day Britain is striking. Whether on board, or walking the towpath there’s more to boating than a slow passage across the water – cheeky moorhens, beady-eyed Herons on watch, canoeists in Brownhills there is always plenty to see. Passing Rushall Locks and Longwood the sign never fails to amuse me “Cruising time to the Houses of Parliament 10 days!” Maximum speed 4 miles per hour. I am not convinced the new Chief Whip would be too pleased if I chose to commute by canal boat each week to Parliament!

The first gathering of the IWA Festival of Water on Pelsall North Common was held in 1987 and since then they have returned on a number of occasions. This year I was delighted to be invited to join the Chairman in opening the event, and it marked the start of an excellent weekend.

Moving from water to wheels, but still reminiscent of the midlands manufacturing heritage I recently went to the Aldridge Transport Museum for the launch of their Wealth of Heritage” project which is aimed at encouraging schools from the area to visit and learn more about local history. Looking around the museum one of my favourites was certainly the 1950’s ice cream van, though the red London bus was a very close second. Right on our doorstep in Aldridge it is entirely self-funded and run by volunteers. If you haven’t been before its open Tuesdays, Saturdays and Sundays and is well worth a visit.

As school holidays and recess draw to an end, and we welcome back to the UK from Rio 2016 Team GB with a record number of Olympic medals, I know readers will want to join me in also wishing our Paralympians all the best too in their Games which start on 7th September.

New school years about to begin, for some there are new courses at college and University to look towards. Parliament returns next week on 5th September for what I know will be a very busy programme of legislation and debate.