A return visit to Sierra Leone. 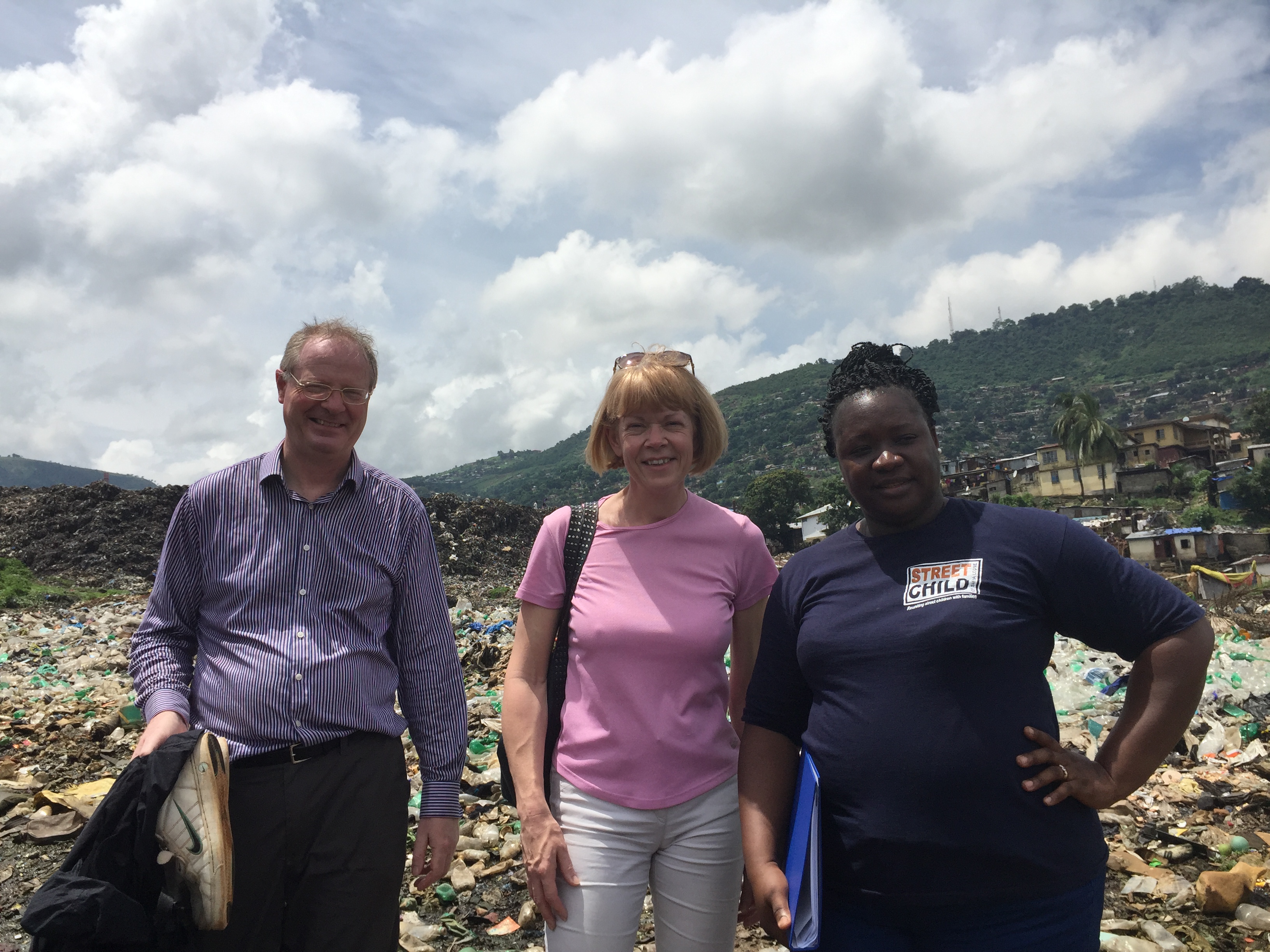 Across the world today, we are seeing humanitarian crises, refugees in desperate need of help and protection, as well as unprecedented levels of population movement. We are seeing fragile states become more fragile, and the impact of conflict is often felt way beyond the boundaries of the area or country affected.  We need to continue to find ways to tackle this, including the provision of Humanitarian aid at times of crisis, whilst increasing resilience and seeking to move away from aid dependency.

It was back in 2013 that I first travelled to Sierra Leone.  At that time the country was seeking to become a transformed nation with middle-income status whilst continuing to tackle post-conflict high youth unemployment, corruption and weak national cohesion, as well as poverty and poor infrastructure.

Since then an outbreak of the Ebola virus has hit the country, claiming the lives of over 11,300 people, devastating families and communities and health and economic systems.

During the Ebola crisis DfiD delivered vital UKaid, and British troops were also deployed to help, providing assistance on the ground.  Now in the post Ebola phase the focus and support is on recovery and rebuilding – but not just on health systems and the economy but families and communities too.

Returning in September this year, almost a year since the country was declared Ebola free on 7th November 2015, I wanted to see and understand better for myself how the country is going about its recovery.     Interestingly this began even before the plane landed at Freetown as I chatted to a grandmother returning to her home country for the first time in three years, looking forward to meeting her new grandchild.  It was a humble reminder of the wider impact this terrible virus has had.

In country I was fortunate to meet with a number of international charities and organisations including VSO, and Restless Development as well as meeting with Ebola survivors.  On a visit to Kissy Bomeh dumpsite with social workers from Street Child I met Ebola orphans and families being helped to engage in work, set up their own micro businesses and get their children into school.

An early start, and some volunteering with Lunch Box Gift, a charity formed in response to the Ebola crisis was followed by a visit to Evans Primary School set up with help from SWATS to provide an education to some of the most vulnerable.  Many of these children are orphans adopted by local families and for whom without this school the likelihood is they would receive little or no education at all.

Much has been done, but there is still much to do. Like many developing countries Sierra Leone faces a learning crisis.  More children are in school, yet too many are not learning. Health care systems need rebuilding and strengthening.  Jobs and livelihoods need developing.  The need for assistance and support remains.