A Ban on Plastic Straws, Drink Stirrers and Cotton Buds to protect our Environment! 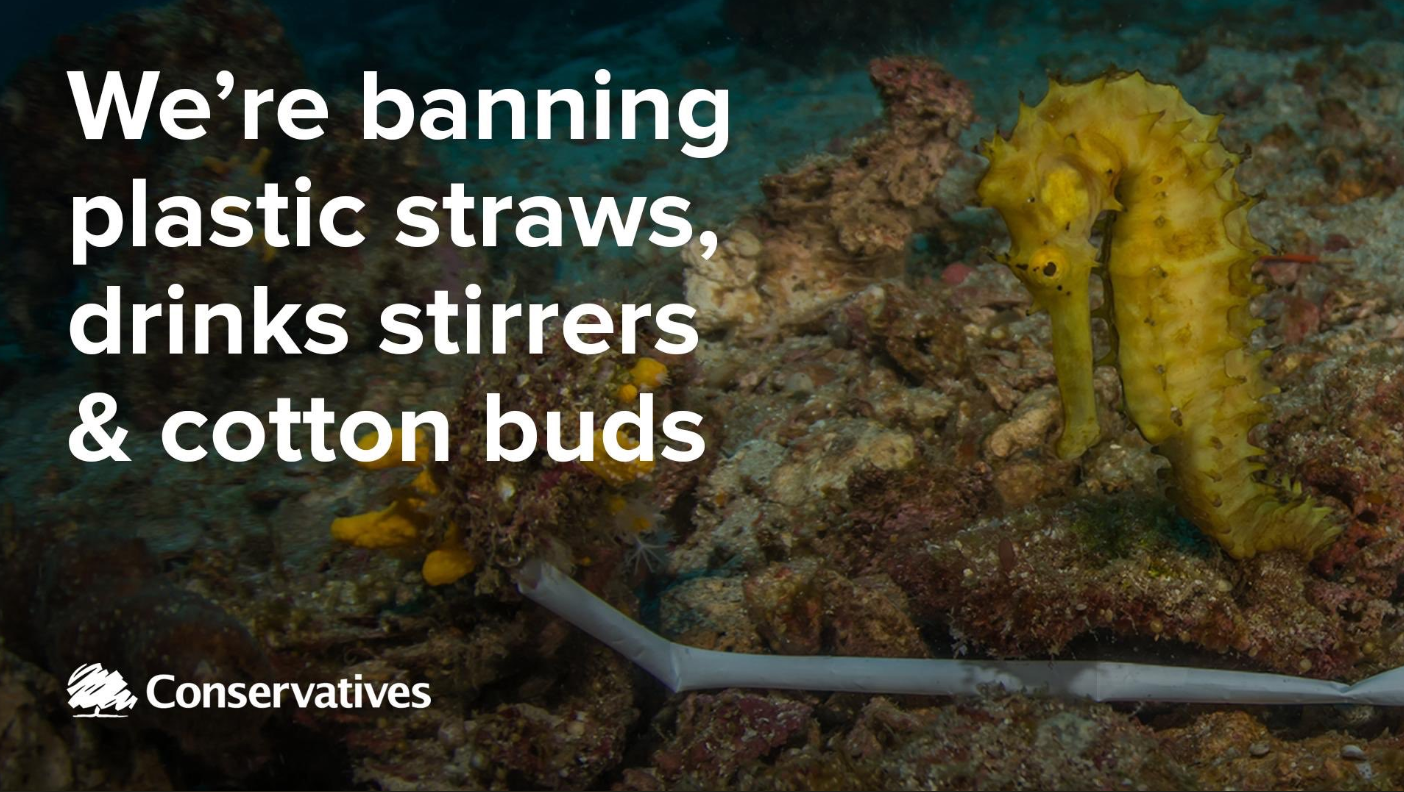 It is estimated that there are over 150 million tonnes of plastic in the world’s oceans and every year one million birds and over 100,000 sea mammals die from eating and getting tangled in plastic waste.

That is why the Government is now taking action to turn the tide on plastic pollution, and that is why from next year there will be a ban placed on the supply of plastic straws, drinks stirrers and cotton buds.

This is part of the Government’s 25 Year Plan for the Environment and recognises the urgent and decisive action that we need to take to tackle plastic pollution. Plastic items are often used for just a few minutes but they take hundreds of year to break down, ending up in our seas and oceans and harming precious marine life.

The announcement on plastic straws, stirrers and cotton buds is to be welcomed and is the right thing to do. It also follows on from the success of the Government’s ban on microbeads and the 5p charge on single-use plastic bags, which has seen distribution by major supermarkets drop by 86%. This is another important step to ensure we leave our environment in a better state for future generations.