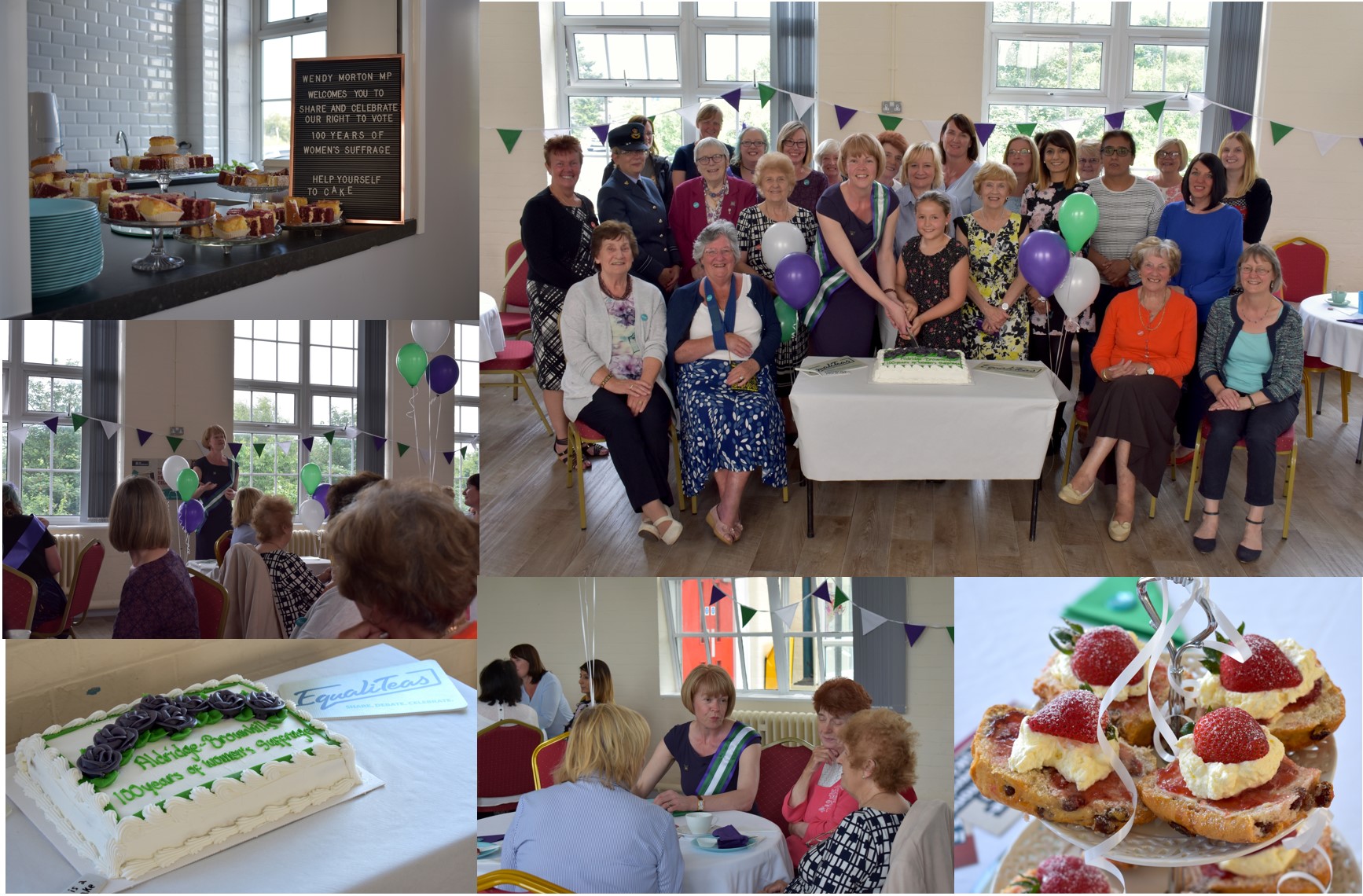 As part of the celebrations for the 100th Anniversary of the Representation of the People’s Act 1918 I was delighted to welcome people from across my Aldridge-Brownhills constituency to my EqualiTeas Tea Party at Brownhills Community Association.

The Tea Party was an opportunity for us to celebrate this land mark moment in our country’s history when women over 30 and all men over 21 got the vote. Whilst this was only partial suffrage, it was a huge victory and a first step that propelled the ongoing campaign and right for gender parity.

My Tea Party forms part of a year-long series of celebrations in both Parliament and across the country. As part of the celebrations earlier in the year there was an exhibition and a talk at Aldridge Library commemorating and celebrating the remarkable life of the ‘Aldridge Suffragette’. The story of Ellen Jones – our very own local suffragette – and the part she played in the campaign for universal suffrage was uncovered by our magnificent local historians Sue Satterthwaite and Len Boulton.

At my EqualiTeas event we were also able to reflect on the fact that so much has changed. As I illustrated it is hard for me to contemplate, whilst sitting on the green benches as a Member of the House of Commons, that 200-years ago, it was the loft space above the Chamber that was the only place reserved for women. Women were banned from the public galleries, they were forced out of sight, allowed only to watch and listen, but denied the right to contribute.

Whilst we still have a long way to go we can at least boast 100-years on that our Head of State, Prime Minister and President of the Supreme Court are all female and now for the first time in its history Parliament has a female Black Rod.

Thank you to everyone who attended my Aldridge-Brownhills Tea Party. I hope you enjoyed it as much as I did.